In Memory of J.C. Matus

The Texas Mile has closed a chapter in its 10 year history. The Texas Mile has lost one of its original founding members. J.C. Matus passed away Sunday evening of renal cell carcinoma. He fought a hard fight since October 7, 2012, and in J.C. fashion he never complained or lost hope. 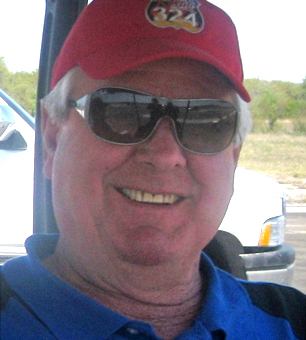 J.C. was a large part of the Texas Mile, NASA Texas and influenced my personal racing many years. He was very much dedicated to the Texas Mile and never missed an event until March 2012. Even though he missed those couple of events he kept up with how the events were coming together. He enjoyed being around the racers, fans. He was proud as well as honored to be around such good people.

His involvement in motor sports included logistics of getting staff and vehicles to locations, and pace car driver at NASA Texas events. His wisdom and willing to listen to racers concerns help to establish a better Texas Mile and NASA Texas events at every level.

He will be missed very much by Shannon and I, as well as the staff.

Below is my Dad’s official obituary. We welcome the attendance to the visitation and memorial of anyone that would like to attend. We are also thinking about doing an after-gathering, more information to come on this.

Julius Cecil “J.C.” Matus of Texas City died Sunday, February 24, 2013 surrounded by his family after a courageous five-month battle against cancer. He was 67.

J.C. was born August 7, 1945 in Blanco, Texas to Julius Charles Matus and Viola Matus. He grew up in Marble Falls, Texas and graduated from Marble Falls High School in 1964.

After graduating high school he was drafted into the U.S. Army and served two years in the 7th Army, 56th Field Artillery Brigade. He was stationed in Neckarsulm, Germany as a Sergeant. The brigade had three firing battalions and was the only Pershing Missile brigade deployed in Germany and it was a vital link within NATO’s chain of defense.

He worked for more than two decades as an operator for Amoco’s Texas City refinery.

An avid golfer, hunter and auto-racing enthusiast, J.C. was never a spectator in life. He was always participating in activities, especially those that involved his family, friends and children.

Whether it was the manager of the Texas City Little League City Champion Oilers in 1984, a member of the Galveston County Fair and Rodeo’s 1981 brisket champion barbecue cook-off team, teaching his sons how to hunt, field dress and process a deer, taking a trip to play 3-car poker at Coushatta Casino Resort in Louisiana or serving as the logistics director and pace car driver for the Texas Mile or NASA-Texas auto races, J.C. was known by family and friends as a fun-loving guy who never met a stranger and someone who friends said they always wanted to be around.

He was known in his residential neighborhood as the watchdog who kept an eye on the neighborhood from the confines of his garage also known as “J.C.’s Clubhouse.”
To his family he was the chief cook when it came to backyard barbecues.
J.C. was also a fighter for things he believed in, especially when it came to his family and friends. That fight showed as he battled cancer.

He was preceded in death by his parents Julius Charles Matus and Viola Matus.

A visitation service is scheduled for 5 p.m. to 7 p.m. Wednesday, February 27, 2013 at Emken-Linton Funeral Home, 5100 Emmett F. Lowry Expressway in Texas City followed by a memorial service at 7 p.m. at the funeral home.

In lieu of flowers the family asks that donations be made in J.C. Matus’ name to the support groups outreach of the Deke Slayton Cancer Center, 501 Medical Center Blvd. in Webster.